Do Genes Increase Your Risk for Developing an Addiction?

The genetics of addiction is a complex topic that researchers are just beginning to unravel.

At Two Dreams we often find that our patients have at least one relative with a history of addiction, though of course that is not always the case. We also subscribe to the belief that addiction is a family disease in the sense that an individual’s addiction affects everyone around him or her. We make a point to keep in close contact with family members that the patient gives us permission to talk to, and encourage frequent family therapy sessions. In addition, we teach our patients and their family members about the concept of codependency, or dysfunctional relationships in which one person enables another’s negative habits and develops an excessive reliance on the other person for approval. Read more about the importance of establishing healthy boundaries with family members here: https://twodreams.com/dream-journal/204-boundaries

The general concept of heritability is that a person has a gene, called X, which encodes for a trait, called Y, and if you have gene X then you have trait Y. However, this way of understanding genetics is a complete 100% nature/0% nurture view. Really, the environment plays a large role in the expression of a trait.

Environment, in this case, can mean the presence of alcohol or drugs, a stressful childhood, stressful situations in adulthood, and it can also even mean the genetic environment—meaning one gene (gene for liking nicotine) can be heavily influenced by other genes (gene allowing for uptake of nicotine into cells or nicotine degradation genes) and change the resulting phenotype (number of cigarettes smoked per day).

To What Extent Is Addiction Inherited?

Researchers have conducted studies in families with adopted children, biological children, and twins to interpret the influence of genes and environment on addictive behaviors, such as drug and alcohol use and gambling. They found that the environment and genes both contributed to addiction, but to different extents and depending on the substance use disorder being studied. For example, cocaine addiction could be explained by the inheritance of genes 72% of the time, but hallucinogens only 39% of the time.

How Many “Addiction Genes” Do I Need to Become Addicted?

Studies involving identical twins (who have 100% identical genomes) and non-identical twins (who have 50% identical genomes) were used to determine which one of these hypotheses was most accurate. In these studies, non-identical twins displayed addiction more often than expected (if the multiple gene hypothesis were correct), suggesting that only one gene was needed for the development of addiction. Scientists currently believe in this model, termed the heterogeneity model. They also believe that when multiple genes involved in addiction are inherited, they act additively, increasing your risk of addiction or potentially increasing the severity of your addiction.

Which Genes Are Involved in Addiction?

A number of different types of genes have been linked to addiction. Genes that are involved in drug metabolism affect drug addiction. These genes affect the length of time the drug is available in the body to interact with receptors and induce chemical signaling.

Gatekeeper genes, which encode protein receptors that sit on the outside of cells, bind drugs, and initiate chemical signaling, also play a role. If a gatekeeper protein does not bind a drug well, the drug likely doesn’t induce much of a signal (or induce euphoria) and thus that receptor gene shouldn’t be linked with addiction. If the receptor binds the drug well and elicits a chemical signal, the drug likely induces intense euphoric sensations, tying the receptor gene to susceptibility of drug addiction.

Other types of genes involved in addition are those that have to do with behaviors: impulsive behavior, novelty seeking behavior, and behavior control. Those who seek out new experiences or have less of an ability to control their actions are more inclined to take drugs.

What Genes Have Been Linked to Alcoholism?

Two genes involved with alcohol metabolism (ADH1B and ALDH2) are associated with protection from alcoholism. Common alleles (or versions) of these genes block the degradation of alcohol and cause the buildup of the alcohol byproduct acetaldehyde (which is a toxin) in the body. When this chemical is in high concentrations, flushing (or histamine release) is induced. People who experience flushing often experience headache, nausea, and flushing of the skin and do not tolerate alcohol consumption well.

What Genes Have Been Linked to Nicotine Addiction?

A group of genes called the CHRNA5-CHRNA3-CHRNB4 gene cluster has been linked to nicotine addiction. These three genes sit side-by-side on chromosome 15 and are involved in the binding of nicotine. In multiple studies, an allele encoding a single base pair change in the CHRNA5 gene was linked to increased nicotine dependence and heavy smoking, increased pleasure from smoking, increased smoking quantity, smoking persistence, and increased susceptibility to lung cancer and vascular disease.

In other studies, CYP2A6, a gene involved in the breakdown of nicotine to cotinine, and DBH, a gene in the dopamine pathway involved with the feelings of pleasure and reward, were associated in nicotine addiction. 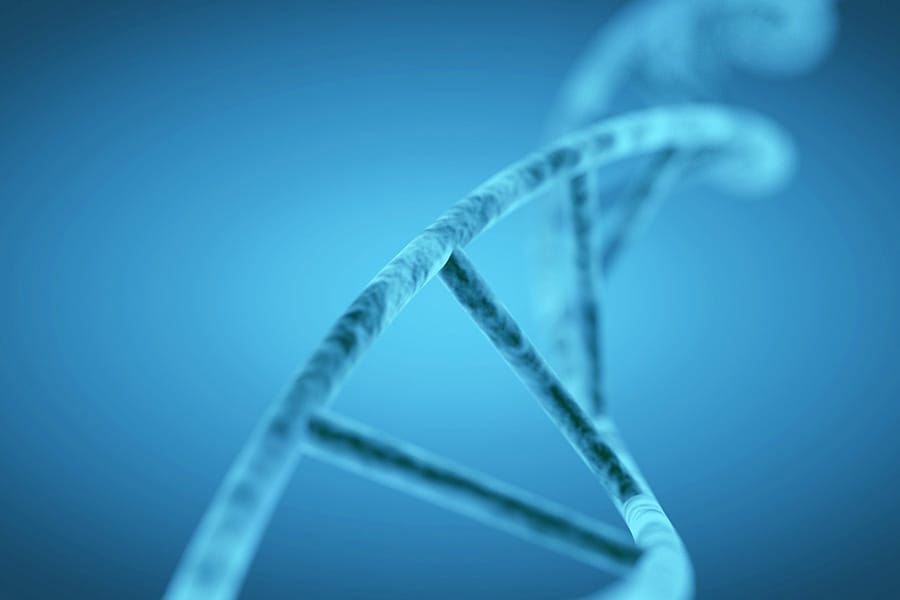 Alleles of the genes COMT and SLC6A4 and a region upstream the MAOA gene called the MAOA-LPR might be involved in drug addiction. COMT is involved with the metabolism of dopamine and norepinephrine, and it has been linked to decreased resiliency to stress and pain and increased susceptibility to anxiety.

A certain version of the gene SLC6A4, which is involved in regulating serotonin levels, when coupled with early life trauma, has been linked to higher reactivity under stress (in humans and rhesus macaques) and a preference for alcohol (in rhesus macaques). (As stated earlier, some genes require environmental conditions for the expression of a trait.) MAOA-LPR, which functions in the metabolism of various neurotransmitters, when coupled with childhood sexual abuse, has been linked to antisocial personality disorder and alcoholism.

Understanding the Genetics of Addiction Can Improve Treatment

Researchers are just beginning to unravel the genes that are involved with drug and alcohol use and abstinence/sobriety. Today, only about 5% of the genes that contribute to addiction are known. Continued gene association studies will likely increase our understanding of the genes involved and how addiction develops. Potentially this research could lead to the development of drugs that can modulate drug or neurotransmitter metabolism appropriately or interfere with receptor binding to help patients through addiction recovery and achieve life-long sobriety.