Although many have been describing the new street drug W-18 as an opioid, and although illegal drug manufacturers have been using it as a fentanyl substitute, recent news suggests that it is most likely not an opioid.

W-18 was originally found in drug products in Sweden in 2014 and later in Canada in 2015. Fake OxyContin pills are usually laced with the opioid fentanyl, but in a recent drug bust in Calgary they were instead laced with W-18, an analgesic. These pills are sometimes referred to as “beans” and/or “shady 80s.” It is presumed that, since there are more crackdowns on the use of fentanyl, W-18 will be substituted into drugs if it proves to be popular among illegal drug consumers.

The chemical structure of W-18 is dissimilar to that of other opioids like morphine and heroine, so a number of reports have expressed caution about calling W-18 an opioid. It is a painkiller; that much we know. But does it interact with the opioid receptors in the body and induce a chemical high in the same way? Interestingly, fentanyl also has a chemical structure different from the typical opioid, but it is still classified as an opioid.

This drug is illegal in Sweden and will become illegal in Canada in November 2016. However, in the United States, there does not seem to be any action ongoing toward making it illegal. So far, there is only one report of a man being busted for possession of a large amount of W-18 in Florida. Potentially U.S. authorities may not think W-18 is a problem yet and are concentrating on the more prevalent illegal drugs.

Is This Drug Addictive?

W-18, also known as 1-(4-nitrophenylethyl)piperidylidine-2-(4-chlorophenyl)sulfonamide, was 1 of 35 drugs originally developed by researchers at a University of Alberta who were trying to develop nonaddictive painkillers. Of all of the substances tested, W-18 was one of the most potent in animal studies, but it was never assessed for addictiveness. Research ceased due to lack of funding, so selection among the 35 drugs for the least addictive painkillers did not ensue. The drug is assumed to be addictive because this is the case with most painkillers.

Is This Drug More Potent Than Morphine?

This drug has been reported repeatedly to be 1000 times more potent than morphine and 100 times more potent than fentanyl. This seems to be a quote directly from the drug dealers, who have never tested their product. There is a small amount of evidence for a comparison of W-18 with morphine, but the comparison with fentanyl is completely made up, likely to justify substituting it for fentanyl.

One way drug potency can be tested is by evaluating whether it can stop mice from wincing in response to painful stimuli. Tests were performed with W-18 in the 1980s, and it took 1000 times less W-18 than morphine to prevent mouse wincing. However, in the recent article by Huang et al., they could not repeat this result. Instead, the mice displayed “tunneling behavior,” meaning they burrowed into their bedding. This behavior could mean anything: were they hallucinating, did they feel high, or were they just sick? 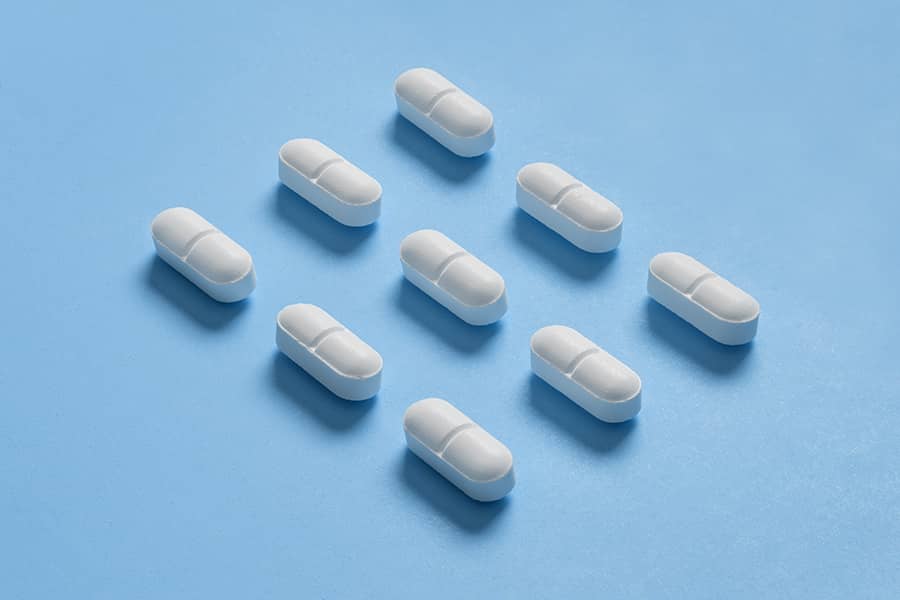 There do not seem to be many reports of people going to the hospital with W-18 poisoning in the United States, but this does not mean there are no side effects and the drug isn’t dangerous. Most of the poisonings are likely occurring under the radar, or they are being underreported. One death potentially caused by W-18 is under investigation in Illinois. One death occurred in a man in Calgary who had heroin, W-18, and 3-methylfentanyl in his system.

Staff at the Philadelphia-based Hahnemann University Hospital believe that they are seeing many deaths caused by W-18 but are unable to prove it. They have reported that stable chronic drug users were overdosing. They had more severe symptoms, and they were not responding to naloxone.

It is most likely that people who overdose and have W-18 poisoning report using other drugs and may be unaware that they even took it. Since it is being used as a substitute for fentanyl, people may report that they were using that drug. W-18 can be detected by a laboratory test, but most likely hospital staffers are unaware of the drug or how to test for it, so they are not testing for it yet. In general, there seems to be a lack of awareness of the presence of W-18 in the United States: even the common drug reference website www.drugabuse.gov has no information on it.

What Are the Symptoms of a W-18 Poisoning?

There does not seem to be an answer to this question yet. Some websites have suggested watching for opioid withdrawal or overdose symptoms, but the evidence indicates this drug is not an opioid so this information may not be accurate. The recent pharmacology report suggests that W-18 may have cardiovascular side effects, but doctors have not evaluated the signs and symptoms of patients with W-18 poisonings to confirm this. If a person takes an illegal drug and then feels unusually sick, they should definitely go to the emergency room for treatment.

What Should I Do If I’m Struggling with Addiction?

If there is even a slight chance that you or your loved one might have a substance use disorder, it is best to err on the side of caution and consult an expert. Two Dreams offers a safe, judgment-free place to start the healing process and to find the answers to these difficult questions. There are many different ways to start managing addiction, and we understand that what works for one person may not necessarily work for another. We provide inpatient, intensive outpatient, and outpatient services based on the unique needs of each individual and the level of care needed. Our trained counselors, under the supervision of a physician, are happy to talk through these options with you and help decide which placement will best fit your needs. Professional guidance is a big part of what makes Two Dreams so successful as a treatment center; our staff is passionate, dedicated, and knowledgeable. Many of our employees have overcome their own challenges, meaning that they have a special appreciation for the struggles of addiction and can use their experiences to benefit others. We genuinely want the best outcomes for our clients and will make any and all efforts to ensure a smooth recovery for everyone.

Making the decision to seek treatment is not easy, and we commend you for having the strength and courage to ask for help, whether it is for yourself or for a loved one. Please know that you are not alone in this; we are here to help and we have faith in you.