"Each Group Should Be Autonomous Except in Matters Affecting Other Groups or A.A. as a Whole"

There are as many types of people in recovery as there are in, well, as many types of people in everyday life. Preferences and interests run the gambit of society at large. There are outgoing people, shy people, spontaneous people, those that like things a certain way all the time, a panoply of ages, creeds, colors, musical tastes, fashion styles and pastimes, etcetera.

Similarly, there are all kinds of 12-step groups. There are small groups, large groups, groups addressing a wide variety of addictions, groups that meet briefly over the lunch hour, groups that last long enough to include an intermission, groups that feature emphasis of support for varying constituencies such as women, men, sexual orientation, different languages, different ages, and more. But wherever two or more are gathered together to practice AA principles, it is an AA group if they say it is. That is the basis and beauty of AA’s fourth tradition.

A person early in recovery may be disarmed to learn that, not only is there no propriety stranglehold of the group on its members, but that there is an ethic that gleefully encourages the newcomer to try out a variety of groups and find one they like best. Recovery is an adventure rather than a sentence.

Tradition four declares that each 12-step group has the full freedom to choose for itself the format, program content of its meetings, and the topics that will be discussed. The group can decide if the meeting will be an open meeting, which means any one is welcome to attend, or a closed meeting, in which attendees are restricted to identifying themselves as conforming with a desire to stop using the group’s identified mood-altering substance. The fourth tradition gives complete autonomy to a group to hold its meetings whenever and wherever they decide. Each group can decide to change its meeting format and has the discretion to spend its funds as needed.

A “home group” is one in which a member of a 12-step fellowship commits to attend every meeting offered, unless an important circumstance keeps them from doing so. It provides continuity and the opportunity for other home group members to get to know each other exceedingly well. This allows the members to gain insight, solidarity, fellowship, and also identify when a member may need additional encouragement. When I first began my own journey of recovery, I only attended the meetings held by a particular group which became my home group. After regularly attending the meetings, I became familiar, comfortable, and attached to the way it did things. So much so, that when I began to venture out and try other meetings out of curiosity, I experienced a common reaction to the differences I found. “They are not doing the meeting the right way!” is what I thought to myself. Getting sober via the practices of a group can make a strong imprint, but as time went on, I learned to appreciate the nuances of different groups and began to enjoy the variety while tuning in to the common threads of what seemed to work best in my own mind. This gave me a deeper understanding of my own program of recovery and as I go along, keeps the essence of recovery fresh rather than rote and one dimensional. As long as the primary message and principles are identical, to each his or her own!

An AA member who roves around will quickly discover in their travels that the A.A. spirit is much the same wherever they go. However, aside from this inward comradery, there are many different flavors and styles among groups. Tradition four allows groups to decide how it wishes to open and close its meetings.

Some groups close with a prayer, while others have a moment of silence. They may stand, sit, hold hands, or not hold hands when doing so. At one meeting, the traveler finds four members discussing the Steps in somebody’s living room; at another, 300 listen to speakers in a church auditorium. In every corner of the world reached by AA, the local group is free to design its own customs.

As always, freedom brings responsibility. Because each group is autonomous, it’s up to each group to avoid any action that might harm AA-- and there have been such actions — or this Tradition would be unnecessary. "Implicit throughout A.A.’s Traditions,” Bill W. wrote, “is the confession that our Fellowship has its sins. We admit that we have character defects as a society and these defects threatens us continually." 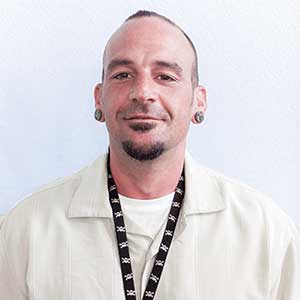 Brett is the Clinical Director, and specializes in facilitating the twelve steps in a manner which easily assimilates clients into 12 step recovery communities.