Cigarette smoking and nicotine addiction lead to 400,000 deaths annually, despite the fact that the detrimental consequences of smoking are widely known and accepted.

While smoking rates have declined considerably since the Surgeon General first announced its health hazards in 1964, still about 21% of the American public continues to smoke. Nicotine addiction is one that is particularly important to treat because it often leads to other addictions and its use has a tremendous impact on health.

Smoking has been linked to multiple diseases and can worsen many health conditions. Smoking tobacco is responsible for causing at least 10 types of cancer. Most people are familiar with lung cancer, but smoking can also lead to laryngeal and esophageal cancers. The risks for stomach, liver, pancreatic, bladder, kidney, cervical, and myeloid cancers are also increased. Smoking contributes to cardiovascular disease, respiratory disease, and complications during pregnancy. It decreases the fertility of women and men, reduces bone density and wound healing capacity, contributes to ulcers, and lowers life expectancy.

People often think that it’s too late to quit; they say they have smoked for their whole lives, and that the damage is already done so there’s no point in stopping now, but that’s not true. Many health benefits experienced by smokers are immediate. For instance, people who start smoking at an early age and quit at age 50 half their risk of early mortality. People who stop smoking at age 40 reduce their mortality rate to approximately the level of a non-smoker.

Smokers who are already being treated for one of the aforementioned conditions should speak to their physician about tobacco cessation. The first thing a person needs to quit smoking is a plan because those without one typically fail.

Cessation counseling, which can be provided by a regular physician, is highly recommended to support the process of quitting. The physician will ask questions to assess the person’s progress and will suggest actions to facilitate success. They may also recommend an over-the-counter smoking cessation aid or provide a prescription depending on what is best for the person’s health. Replacing smoking with a tobacco cessation aid increases the rate of quitting by 50%-70%. 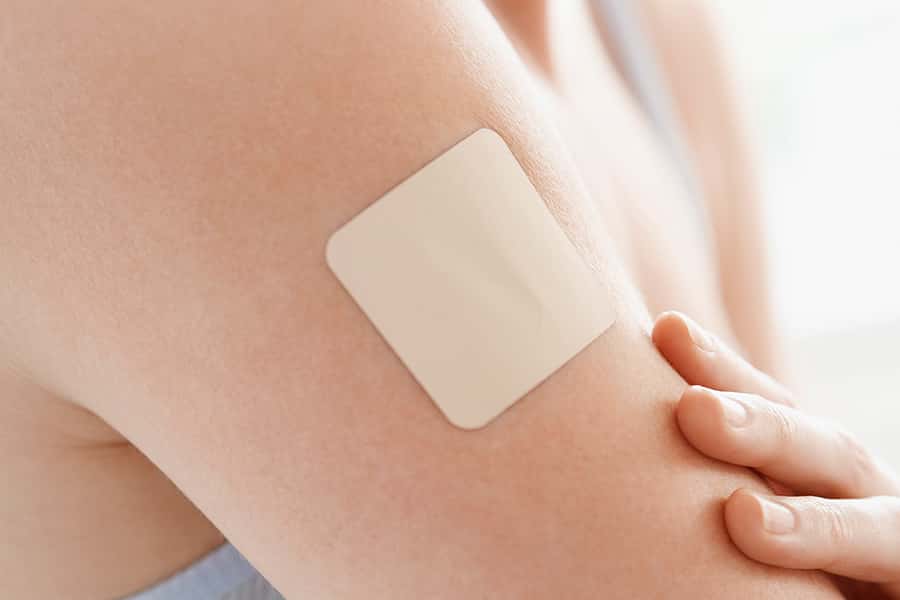 Nicotine patches are available in the United States over-the-counter. They are applied to the skin and release nicotine into the blood at a slow rate, taking an entire hour to reach maximum concentration. The amounts of nicotine released into the blood are low in comparison to the levels reached by cigarette smoking, so addiction to this product is unlikely. However, this nicotine replacement product has the lowest success rate, so it has been recommended that this product be combined with the nicotine nasal spray, which delivers nicotine to the brain quickly and relieves cravings fast. Sometimes this product irritates the skin, so some users choose to switch to another tobacco cessation product.

The highest quitting success rates are associated with using products that deliver the same level of nicotine as a cigarette does. By using gum, which is chewed, or lozenges, which dissolve in the mouth, the user can adjust the amount of nicotine received based on their level of dependence on smoking. If the smoker needs a cigarette within 30 minutes of waking up, a higher dose of gum/lozenge (4 mg) is recommended. Others with a reduced dependence may succeed using the lower dose (2 mg). The most common side effect of this product is mouth irritation.

These nicotine products are not widely available and require a prescription. Of the nicotine replacement products available, these result in the highest smoking cessation rates, which has been attributed to their fast nicotine delivery rates. However, these are also the ones most subject to dependence.

Most people are able to kick the habit in six weeks, but taking the product longer is not frowned upon if a person believes they need to supplement cravings longer. In fact, some companies recommend treatment with their product for as long as three months. However, some people use the nasal spray for as long as a year, which should not be necessary.

Nicotine products are not associated with cancer, however nicotine does have the ability to stimulate blood vessel growth. This could lead to more nutrients and oxygen reaching already existent tumors, which could result in increased tumor growth. Although nicotine has not been shown to worsen cancer, physicians may choose to be cautious and prescribe one of the nicotine-free products to aid in smoking cessation.

Zyban is the brand name for the drug bupropion, which is a nicotine-free tobacco cessation aid. This product, like nicotine, increases dopamine levels in the brain, but in a different way, so it can also relieve the cravings for nicotine. Zyban does not work better than any of the other nicotine products, but it might be a better product for those undergoing treatment for cancer. This product is contraindicated for people who have seizures and those who overuse controlled substances because it may increase the occurrence of seizures.

Varenicline is another prescription-only, nicotine-free medication that alters dopamine signaling to relieve cravings. This drug has the extra benefit of decreasing the satisfaction from smoking.

Nicotine addiction has not been successfully treated with hypnosis or acupuncture. Another strategy that does not seem to be successful is reducing the numbers of cigarettes smoked per day and slowly reducing nicotine levels. While tapering is recommended for other difficult addictions, nicotine and smoking need to be uncoupled for the best results. Smoking either e-cigarettes without nicotine, or cigarettes with low amounts of nicotine and supplementing with nicotine patches are two better strategies for kicking the habit.