Drug users often suffer from vitamin deficiencies because they do not eat enough food for various reasons. Some use drugs as a way to stay thin, some do not realize they are hungry, and some forget to eat because they are consumed by other problems.

These behaviors can lead to serious medical conditions caused by malnutrition, such as neurological damage.

Two Dreams provides its clients a well-balanced diet and emphasizes that the feeling of hunger may be a stressor. It is important to seek out food instead of drugs when hunger strikes.

Vitamin B deficiency (especially deficiencies in vitamins B1, B3, and B12) is common among those who drink alcohol, though it may occur in other drug users. Vitamins are compounds that our bodies do not make, though they are needed for basic life functions like energy production and protein synthesis. Because vitamins are found in trace amounts in food, it is important that we practice eating a well-balanced diet to obtain all of them.

What Are the B Vitamins?

There are 8 B vitamins (B1, B2, B3, B5, B6, B7, B9, and B12) that are commonly referred to as the vitamin B complex, which can often be found packaged together in vitamin supplements because they are best absorbed together. They are most widely known for their contributions to energy metabolism and are sometimes combined with other compounds (para-aminobenzoic acid, choline bitartrate, and inositol) that also aid with energy production but are not known to be required nutrients.

Most B vitamins play a role in energy production, but they also participate in other biological processes. B1 (thiamin), B3 (niacin), and B6 (pantothenic acid) contribute to nerve signaling. B2 (riboflavin), B6 (pantothenic acid), and B12 (cyanocobalamin) contribute to red blood cell production. B3 (niacin) plays a role in the digestive system, and B6 plays a large role in antibody production and helps fight disease. Vitamin B6 also helps you break down proteins, so the more food you eat, the higher your B6 requirement. B9 (folic acid) is important for pregnant women because of its significant contributions to protein and DNA synthesis.

What Happens When You Don’t Get Enough B Vitamins?

Insufficient intake of thiamine can lead to weakness, fatigue, psychosis, and nerve damage. Beriberi and Wernicke-Korsakoff syndrome, which are characterized by various symptoms consistent with nerve damage, are two diseases caused by B1 vitamin deficiency. A person may be diagnosed with pellagra, symptoms of which include delusions, mental confusion, diarrhea, nausea, and scaly skin sores when not taking enough niacin.

Not absorbing enough B2, B6, and B12 can lead to anemia, which is a mild disease in which people mostly just feel irritable. Vitamin B12 deficiency may occur more frequently in some populations, for example in people over the age of 50, people who have previously undergone gastrointestinal surgeries, and people with celiac disease or Crohn disease because they may not absorb vitamin B12 efficiently. Vitamin B2 deficiency may also cause mouth and lip sores and skin disorders. Vitamin B6 deficiency may lead to confusion, depression, and mouth and tongue sores.

Vitamin B9 (folic acid) deficiency is mostly known for its effects on babies; it can lead to defects in the infant’s brain or spinal cord. Vitamin B7 (biotin) deficiency has only been noticed in smokers. It causes noticeable symptoms like thinning of the hair, loss of hair color, and scaly skin rashes but may also cause depression, hallucinations, and tingling sensations. There is insufficient evidence regarding whether or not vitamin B5 is required, and deficiencies of it are not known to occur. 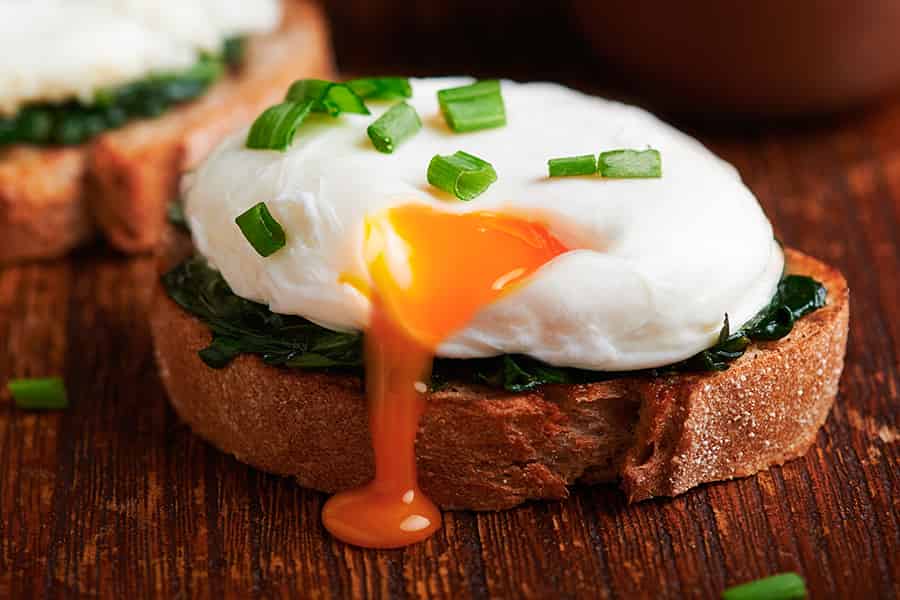 What Foods Contain B Vitamins?

All enriched grains in the US are required to be fortified with folic acid and many of the other B vitamins can also be found fortified in foods derived from grains (breads, cereals, pastas, and rice), but there are other options for people who are trying to cut back on carbs.

What Are Some Health Benefits of B Vitamins?

Niacin is a great vitamin for those trying to lower their risk of heart disease. It lowers LDL (bad) cholesterol and triglycerides in the blood, and it also raises HDL (good) cholesterol. No other vitamin is as good at restoring and maintaining healthy cholesterol levels.

Are There Drawbacks To Consuming Too Much Vitamin B?

Consuming large amounts of water-soluble vitamins (like vitamins B1, B2, B3, B9, and B12) is not supposed to be toxic because excess amounts usually leave the body through the urine. However, despite this fact, toxicity is still possible. Niacin (B3) was once rumored to be useful for concealing marijuana and cocaine use in urine tests, so some drug users over-consumed niacin. This lead to a number of people showing up to the emergency room with niacin poisoning and symptoms including burning, tingling, and redness of skin; headaches; dizziness; and upset stomach. Regularly consuming higher than the recommended levels of niacin has also been linked to increased blood sugar levels, peptic ulcers, and skin rashes. Additionally, vitamin B6 and folic acid (B9) over-consumption has been linked to kidney disease.

Some nutrition experts suggest avoiding multivitamins and instead relying on a balanced diet. Multivitamins often have 100% or more of the daily-recommended values for B vitamins, so in combination with fortified-foods some B vitamins may be over-consumed. It is best not to exceed the daily recommended amounts.