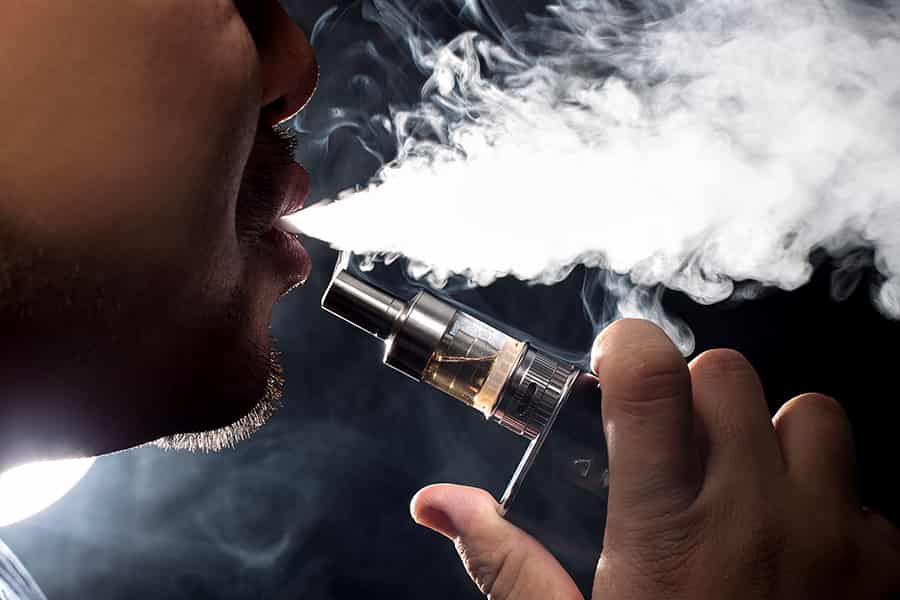 When e-cigarettes first arrived on the market in 2006, companies proclaimed that they were safer than regular cigarettes and that they could be used to help people quit smoking. The jury is still out on whether or not these claims are actually true.

Some say that there are fewer toxic chemicals in e-cigarettes, but there is little to no regulation of the contents allowed in them. In one study, researchers found propylene glycol (a probable carcinogen), glycerin, nicotine, ethanol, acetol, and propylene oxide (another probable carcinogen) when looking at the contents in a number of different liquids. Inclusion of potentially carcinogenic substances should not be allowed, especially in tobacco cessation products.

In contrast to regular cigarettes, nicotine in e-cigarettes must be solubilized for inclusion into the product. This is a concern because even small amounts of nicotine (30 to 60 mg for adults) can be toxic, and the liquid form can be absorbed into the bloodstream through the skin. Considering the concentrations typically found in e-cigarettes are 30 mg/mL, it is safe to say that the nicotine levels are dangerously high. In fact, it is not uncommon for the nicotine concentration to actually be even higher than what is stated on the package.

Consumption of 1-2 mL can cause an overdose, and a small amount (5 mL or about 110 mg of nicotine) spilled onto the skin or ingested can cause severe intoxication or death. Care should be taken to make sure that containers aren’t leaking and that children cannot access the product.

Which Carcinogens Are Produced by E-Cigarettes?

These are not the only vapor contents that a smoker should be worried about. Many other compounds have been found in the vapors that can cause harm to smokers and second-hand smokers: fine and ultrafine particles, metals (aluminum), tobacco-specific nitrosamines, volatile organic compounds, carcinogenic carbonyls, polycyclic aromatic hydrocarbons, acrolein, and reactive oxygen species. Increasing the voltage of the current in the e-cigarette can increase toxin production even more. For instance, increasing the voltage from 3.3 to 4.8 V in a single coil device can triple aldehyde emission.

The chemical breakdown of propylene oxide and glycerin leads to a majority of the carcinogens produced. There is some reason to believe that removing them could make e-cigarettes safer. However, companies could just exchange propylene oxide and glycerin with two other components of unknown safety, which would then require researchers to start over the process of reanalyzing vapor components and assessing the hazards. 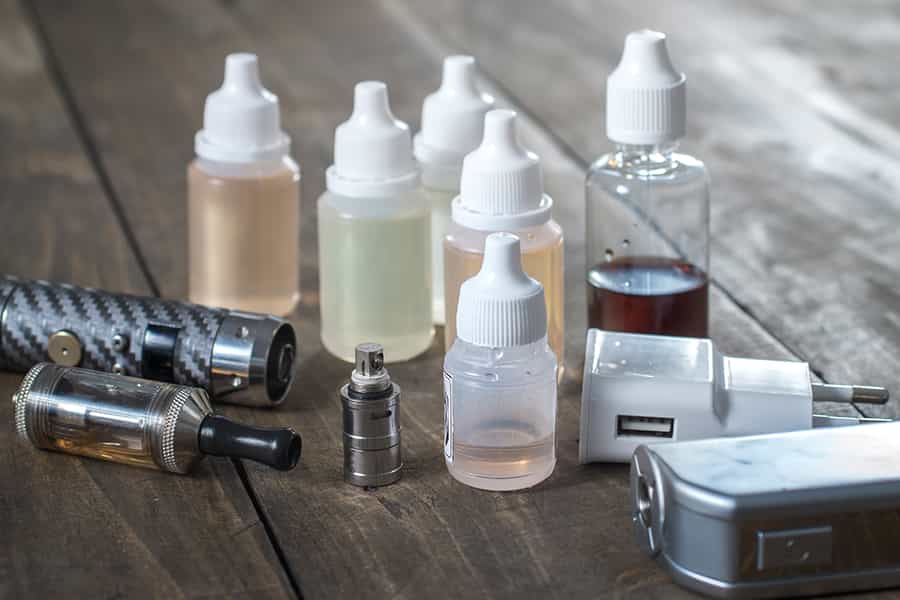 Is Vaping Better For Your Health?

Just like cigarette smoke, e-cigarette fumes contain particles that can be deposited into the lungs during inhalation. One of the factors that has contributed to a decrease in smoker wellness is the deposition of debris in the lungs. This leads to overworked cilia and tissue damage, and eventually results in an increased rate of respiratory infection.

The vapors of e-cigarettes have a lower concentration of nicotine than cigarette smoke, so the vaper (or e-cig smoker) has to inhale a larger volume of air to get the same nicotine high. Considering the presence of toxins in the vapors, this might lead to the inhalation of large amounts of carcinogens. This leads some to believe that e-cigarette smoking might perhaps be more dangerous than regular smoking.

One benefit to e-cigarettes is that they do not appear to produce carbon monoxide. Carbon monoxide is a problem for cigarette smokers because CO gas replaces the oxygen bound to red blood cells. Decreased oxygen levels in the blood causes increased heart rate; the heart has to work harder to give the body its required amount of oxygen. Decreased oxygen levels do not appear to be a problem for vapers. The few studies looking at heart rate support this claim; e-cigarette use does not increase heart rate much or alter cardiovascular health.

However, whether or not vaping is healthier than cigarette smoking is a difficult question to answer. There is not enough consistency in the components of e-cigarette liquids, and there is not enough research on the safety of the different e-cigarette products. While carbon monoxide doesn’t appear to be made from e-cigarettes, could certain products contain additives that do degrade and produce carbon monoxide? This is not out of the question. Without strict regulation over the components included in the liquid, safety cannot be ensured.

Is Vaping a Tobacco Cessation Strategy?

The evidence does not yet conclusively suggest that vaping is a working tobacco cessation strategy. Experts in the field disagree on this topic, and there is evidence supporting both positions. A strategy that has been shown to work is smoking nicotine-free cigarettes while using the nicotine patch. This strategy works well because nicotine is introduced into the body without the physical act of smoking, which takes the satisfaction away from conditioned habit and reduces the person’s desire to smoke. Similarly, substituting cigarette smoking for vaping while using the nicotine patch could be a working strategy.