Only 6% of the 1 billion individuals who try to quit smoking are successful for longer than one month. For this reason, it can be argued that the current tobacco secession tools are inadequate and that there is a need to develop better products/methods to facilitate secession.

One of the challenges with quitting any drug is battling cravings. When a person is exposed to certain environmental cues, for instance seeing others smoke or being in a place where the person used to smoke, the urge may return. In response to this issue, researchers are developing neurostimulation techniques that may help drug users eliminate cravings.

Neurostimulation is a largely experimental procedure in which technicians stimulate the brain with magnets or electrical currents in order to either strengthen or weaken neural synapses. This technology has been examined as a potential treatment for a number of different neurological disorders, including depression, schizophrenia, and addiction.

There are many different types of neurostimulation procedures, the most common of which are transcranial magnetic stimulation (TMS) and transcranial direct current stimulation (tDCS). TMS involves focusing electromagnetic pulses into specific regions of the brain, while tDCS involves strategically placing an anode and a cathode at different points on the scalp and passing a current through the electrodes. Other forms of neurostimulation include electroconvulsive therapy and magnetic seizure therapy, both of which involve inducing seizures, and deep brain stimulation, which involves implanting electrodes in the brain.

A sizeable amount of research has focused on the use of neurostimulation to battle nicotine addiction. In a recent article, Fady Rachid, MD, reviewed all of the previous trials that evaluated different neurostimulation techniques and their effects on nicotine cravings and smoking frequency. Rachid’s paper suggests that there are many shortcomings of neurostimulation research, including the small number of studies, small number of participants, and not accessing long- term efficacy. There were 24 trials included in the analysis, and in only one were there more than 100 participants. Two studies showed a decrease in smoking at the six-month time point, and four studies indicated a short-term decrease in nicotine cravings. With so little significant data coming from this research, it would not be surprising to see a long time pass before neurostimulation technology becomes available to reduce nicotine cravings.

Neurostimulation procedures that cause a specific desired effect are difficult to develop; researchers have been experimenting with this technique since the early 1900s and have developed very few approved clinical treatments, potentially because they don’t have the right technique. Neurostimulation can be performed in an infinite number of different ways, and even the two main variables (brain region choice and type of stimulation) are difficult to pick.

What Brain Region Should Be Stimulated?

Previous research has show that eight regions of the brain are involved with nicotine addiction: the dorsolateral prefrontal cortex, orbitofrontal cortex, anterior cingulate cortex, nucleus accumbens, dorsal striatum, amygdala, hippocampus, and the insula. Some of these regions are known to be involved with dopamine signaling. The role of each of these regions in nicotine cravings is unknown, so researchers don’t know exactly which location is the best to stimulate to reduce a person’s desire for nicotine.

Four different brain regions have been targeted so far: the dorsolateral prefrontal cortex, superior frontal gyrus, nucleus accumbens, and frontal-parietal-temporal. Of these regions, the dorsolateral prefrontal cortex has been most frequently stimulated and has shown some of the best results for reducing cravings. Stimulation of the superior frontal gyrus was actually found to increase nicotine cravings. 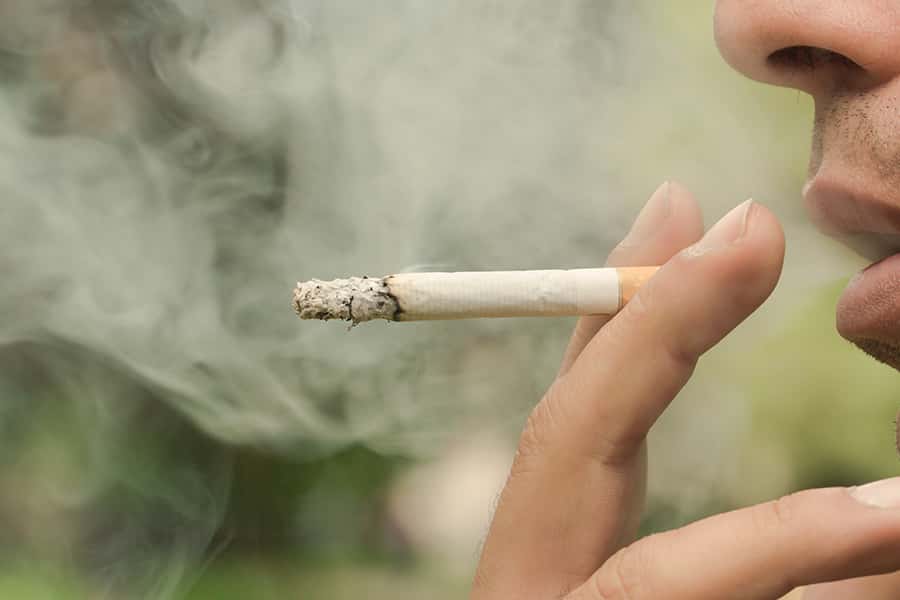 How Should the Brain Be Stimulated?

The choice of neurostimulation technology largely depends upon which area of the brain needs to be stimulated. Preferred technologies include transcranial magnetic stimulation and transcranial direct current stimulation because they are noninvasive, safe, and preferred by patients. However, these technologies can only target superficial areas of the brain. If the appropriate target region is not in the outer regions of the brain, clinicians may need to opt for deep repetitive TMS, which can reach deeper layers than TMS, or deep brain stimulation, which can reach anywhere in the brain.

Choice of machinery is only one feature of neurostimulation treatment. Also relevant are the pulse patterns delivered by the device and the frequency of treatment (once a day for a week, two sessions in one day, etc.). The links between neurons are strengthened when they are stimulated and then re-stimulated with a time lapse in-between. If a neuron synapse is repeatedly stimulated in a short time frame, the connection is weakened. The number of treatments needed to rebuild weakened neurons is unknown. Researchers are also still questioning whether particular neuronal synapses need to be strengthened or weakened to cause the desired effect.

Perhaps research will show that the dorsolateral portion of the prefrontal cortex is the right region to stimulate. But how can uniformity in the procedure be ensured, so a person knows they are receiving the correct treatment? MRI-based neuro-navigation is a technique that can help reveal the architecture of the brain and aid in the placement of probes or magnets. However, this technique has not been used much in the neurostimulation investigations examining nicotine craving, which might explain the high variability in study results.