Urine drug screening tests are often performed in clinical settings to determine whether or not an individual has taken drugs recently and still has them in their system. These tests use specific antibodies to capture and detect drug breakdown products that are secreted out of the body during urination.

The cut-off value is the point at which a sample becomes positive. These values are needed because there are other breakdown products in the urine that look similar to the drug’s breakdown products and can signal false positives. These molecules are usually present at the same low concentration in most people, so drug test evaluators can just ignore test results that show levels at that standard concentration below the cut-off value. However, when the tests show chemical values above the expected concentration, it is likely that the person consumed a controlled substance. These standard screen tests are not perfect, so sometimes a confirmatory drug test called GC/MS (gas chromatography/mass spectrometry) is performed. This test can identify the specific metabolites present in the urine and is considered a more accurate assessment.

Individuals who have a urine screening test value of 1000 ng/mL or higher are considered positive, and their urine may be reevaluated with a second confirmatory test (GC/MS). If the value of the second test is 500 ng/mL or higher, that person has a concentration of a drug metabolite that suggests recent drug consumption. Amphetamine or methamphetamine can only be detected if the person took the drug within the last 1 or 2 days. 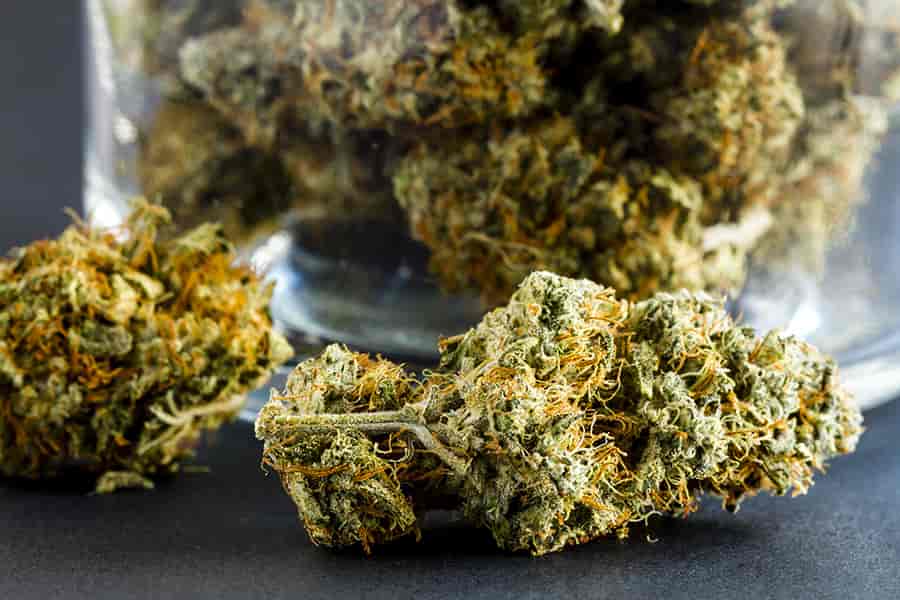 These tests will show that someone is positive for marijuana use if the person smoked one joint in the last 2 to 7 days, however regular marijuana smokers may be positive for as long as 2 months after their last smoke. For a single use of PCP, the drug will be detectable in the urine for 14 days, but for regular users, it can be detected for as long as one month.

The narcotics that urinalysis can detect are codeine, morphine (like Duramorph and Roxanol), heroin, methadone, and propoxyphene (like Darvocet). Codeine, morphine, and heroin have the same cut-off values. Whether a person is doing a urine screen or the confirmatory urine drug test, a value of 2000 ng/mL or higher is consistent with drug use in the past 2 days.

Methadone and propoxyphene have the same cut-off values. 300 ng/mL or higher is considered a positive result for the standard screening and confirmatory GC/MS urine tests. However, a positive test for methadone means the person likely consumed the drug in the past 3 days, and for propoxyphene, the person likely consumed it in the past 6 to 48 hours.

The different types of depressants that can be detected in urine tests are barbiturates (downers), benzodiazepines (bennies), and alcoholic beverages. For barbiturates (like Butalbital and Phenobarbital) and benzodiazepines (like Valium and Xanax), a value of 200 ng/mL or higher on either urine test (the screening or the confirmatory GC/MS) is considered a positive result.

Tests for alcoholic beverages are easily detected in the urine for 1 to 12 hours after a person’s last drink. A value or 0.02% or 20 mg/dL is considered positive for alcohol metabolites. 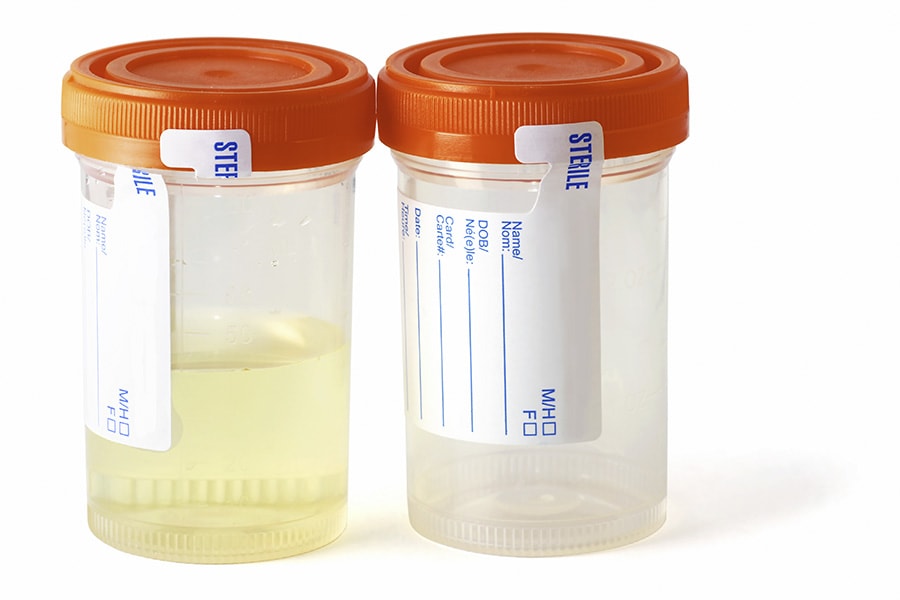 Why is Urine Drug Testing Necessary?

Urine drug testing should be used exclusively for therapeutic purposes in addiction medicine, including preventing or deterring use, identifying or diagnosing use, supporting abstinence in active treatment and chronic care management, identifying early relapse, and creating an external locus of control in the early stages of care. When deciding whether or not a urine drug test is necessary, clinicians should consider the patient’s indicators of risk. These risk factors include reports from self and others, new stressors, mood/behavior changes, unexplained symptoms (like weight loss or constipation), personal/family history substance use, access to commonly abused medications, adolescence, women who are/could be pregnant, history in the critical justice system, and/or other factors generally consistent with the American Society of Addiction Medicine’s definition of addiction.

Universal and routine clinical screening for substance use should ideally be conducted in various health settings, since early diagnosis can lead to improved outcomes. Doing this could decrease the stigma of urine drug testing and addiction, reduce profiling (including pregnant women), reduce the costs of untreated substance use disorders and, of course, improve health outcomes. If clinicians in primary care, obstetrics, peri-operative, etc. utilize urine drug testing, they can conduct a complete history and physical and continue testing as necessary to monitor future use.

Patients should be assessed for substance use during their first consult with any specialty of doctor, and should be assessed periodically thereafter. Substance use alone is insufficient to substantiate the presence of a substance use disorder, though urine drug testing can be instrumental in diagnosing the disorder if positive tests are accompanied by other factors, such as evidence of use or indicators of risk. If results indicate abstinence, routine follow-ups should occur annually.

During the active treatment of substance use disorders, clinicians should conduct urine drug testing on a regular basis and at random intervals. The aim of the urine collection process should be to reduce the patient’s ability to alter the test results in any way. The same quality of care should be given to patients in all settings: offices, methadone clinics, etc.

If results indicate use at any stage of treatment, clinicians should resume testing 1-3 times per week as they would do for a period of abstinence of 30 days or less. Additional testing may be indicated with appropriate documentation. The clinician should consider testing to ascertain the nature and extent of relapse usage, and may need to intensify treatment and monitoring.

Once patients have achieved 2+ years of abstinence, they are likely to be self-directed in recovery and need a less prescriptive, more individualized testing schedule. Testing should still occur on a regular basis and at random intervals. If the test is positive the clinician should establish an active treatment plan appropriate to recent use.

How Are The Results of Urine Drug Tests Used?

Urine drug test results should be implemented into each individual’s treatment plan to support continuation of care. Results can be used to counsel and educate each patient about the use of medications and/or illicit drugs, and may dictate whether or not certain prescribed medications should be changed, modified, continued, or discontinued. Additional tests may be ordered based on results as part of a differential assessment of treatment efficacy, side effects, or drug interactions.

Results can also indicate that patients need to be referred for further evaluation and/or to rule out substance use disorders. The regulation of urine drug testing may seem like it’s just a small alteration to the field of addiction medicine, but it has the potential to save and better lives on a global scale if implemented correctly.